Attention Potter fans! The next installment of the Harry Potter franchise is finally here, and this time the magic is state-side. Fantastic Beasts and Where to Find Them stars Eddie Redmayne as Newt Scamander and is set in New York in the 1920s. So cue spells, magical creatures, flapper girls and cocktails! Here are some of the best things that we hoped for, what they delivered, and what it tells us about the magical world.

We all have our favorite spells from the magical world (mine is Obliviate), and we were hoping to see some old classics and maybe some new ones. Not only did it deliver, but Fantastic Beasts gave us the chance to see bright young things exercise their fully trained skills.

We Wanted to Know More About The United States

If there can be one criticism of Rowling, it would be that she didn’t give us enough about the magical world. We only saw glimpses of what the rest of the world might be like. We had insights in Goblet of Fire with Beauxbatons and Durmstrang, as well as Viktor Krum, Fleur Delacour and Grindelwald. But we saw nothing of the US, and I for one wanted to know more. This movie delivers on that with the introduction of MACUSA (The Magical Congress of the United States) and its President, as well as a group known as New Salem Philanthropic Society (also known as the Second-Salemers). 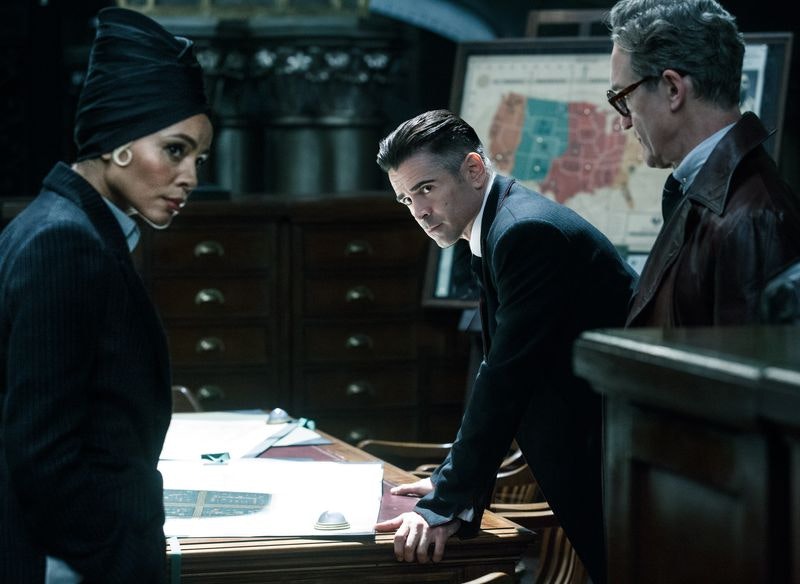 What is in the Case?

Since the trailer first showed us sneak peaks, I’ve been wondering what is in that case. How central is it to the plot?

Seriously, What Is In The Case?

Without spoiling it, it pertains to the Newt Scamander and his Fantastic Beasts. Think Mad-Eye Moody’s trunk and you’ll get the idea.

We Want to Know More About Other Magical Races

With the exception of Griphook and Dobby, we didn’t get to know much more about the other magical races, except for the occasionally mentioned goblin rebellions and Hermione’s protests at the treatment of house elves. I wanted to see more about house elves and goblins. As you can see we find out a bit more about this.

Whenever I watch or read Harry Potter, I never understood why witches and wizards didn’t apparate constantly to save time. While this wasn’t possible in Hogwarts (as Hermione constantly reminds us) this restriction doesn’t exist in the adult world of New York. Obligingly this seems to happen constantly. It makes the whole thing feel a bit more magical.

Obviously we all want and expect to see some good Fantastic Beasts, and there are plenty to be seen. The above is just one of those, a Thunderbird, that can influence the weather, alongside a kleptomaniac Niffler, a (mostly) invisible Demiguise and many more who are accidentally introduced to New York City by Newt as they break free and run amok in the Muggle city .

One of the main villains in the new film is Grindelwald, who fans will remember as one of the greatest dark wizards the world has ever seen, before Dumbledore finally defeated him in 1945. Grindelwald wants to expose the secrets of the magical world to the muggle (or no-maj) world, and for wizards to rule over them. His influence over the whole of Europe is shown from the film’s opening sequence and sets up dark undertones of terror and uncertainty throughout.

Who is Grindelwald? He is a villain we have come across in the Harry Potter series, but there are also new ones to look out for too. Just who is Colin Farrell’s Mr Graves and what is really up to with Ezra Miller’s creepy Credence? Not to mention Credence’s austere mother who wants to bring back the witch trials of old to flush out any magical traces from New York City.

Altogether, Fantastic Beasts and Where to Find Them revisits the wizarding world that we know and love from the Harry Potter series, but gives it a fresh new perspective and a whole new American setting. It’s tightly woven story gives us lots more details about what the world is like once witches and wizards leave the safety of school; it introduces some enticing new characters (and glimpses of some old ones), and sets up lots of new intrigues and story arcs for the rest of the series to come. It is well worth a viewing. So enjoy!

Get Ready for Star Wars: The Last Jedi!