The Rise and Rise of Smartphones: With the recent release of the iPhone 10 (also known as the iPhone X) and the tenth anniversary of the iPhone, people around the world have been buzzing about the latest smartphones on the market today. Interestingly, Google is set to release their highly anticipated smartphone, the Pixel 2, over the next few weeks and it’s said to be a game changer.

There is no denying that smartphones are a major component of modern day life and surveys prove that. You only need to look around at your friends and colleagues to see that’s now the case.

It’s shocking to think that only 15 years ago – smartphones didn’t exist. It’s even more astonishing when you realise that 25 years ago, very few of us even had a cell phone in our pockets. Modern technology has revolutionised the world in which we live, and this trend doesn’t seem to be fading out anytime soon.

But where did it all begin?

With the rise of the internet and ever faster home computers in the mid 90s, it was inevitable that this technology was going to spill over into the realm of personal gadgets. After all, futuristic sci-fi shows had been predicting this moment since the 50s! The legendary Palm Pilot was introduced in 1997 and the world went wild. People could organise their lives on a digital device in their pocket for the very first time. 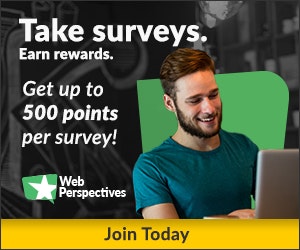 At the same time, digital cameras, MP3 players and cellular phones were also becoming popular throughout international markets. It was only a matter of time before these 4 devices were merged into one. Palm Pilots and Apple’s ‘Newton’ all advanced considerably throughout the early noughties. Most of these required a stylus, and a few (like the Blackberry) had QWERTY keyboards attached.

In 2007, Apple famously announced, via Steve Jobs, a product that sent shockwaves across the world. The “iPhone” was the first of its kind to combine a phone with music, text, email, the internet and countless apps and it was an overnight success, breaking sales records worldwide. For the first time, people only needed one device to conduct both their business needs and personal lives.

Since 2007, countless “copycat” models have been released all over the world, especially around the time that Apple announces a new model. The newest generation of smartphones led by Apple, and now Android devices, usually feature an ultra thin body, a glass back, 2GB of RAM, a 12MP camera and up to 256GB of space. What a difference 10 years make!

Do you remember what life was like before smartphones? Did you own the 1st generation of iPhone? How does it compare to today’s smartphone devices? Can you imagine your life without a smartphone?

Share your opinions on smartphones and more with Web Perspectives (you can even log on via your smartphone device). Complete paid surveys and earn up to 500 points worth of vouchers for every online survey that you complete, redeemable at top high street and online retailers including Amazon.ca, AIR MILES®, Cineplex and more! How to Predict the Oscars Winners